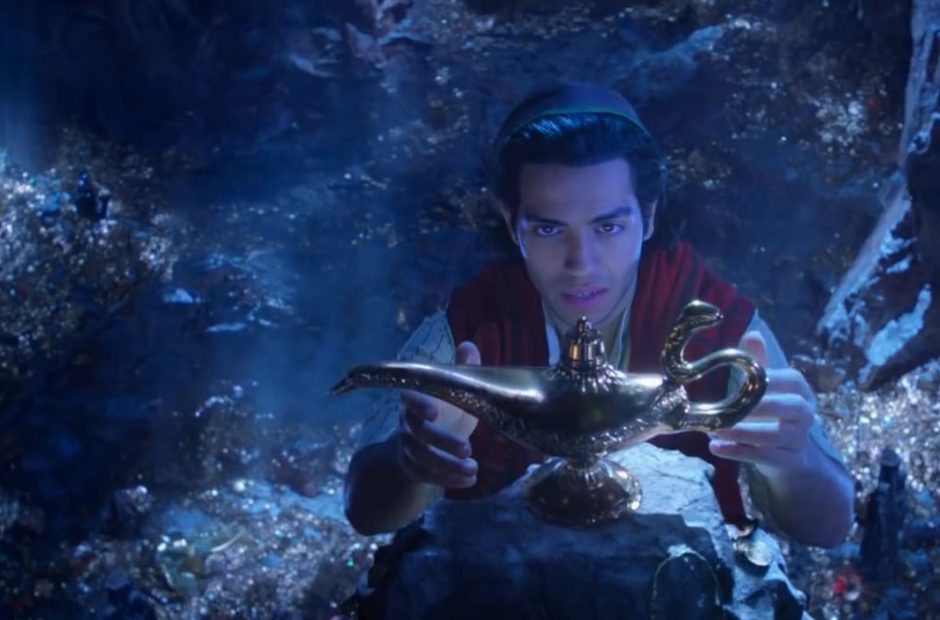 In 2010, Disney stumbled upon an easy recipe for massive blockbuster success with Tim Burton’s Alice in Wonderland: just remake old animated classics and moviegoers will come. The movie wasn’t particularly well received by critics or fans, yet it went on to gross over $1 billion at the box office.

Disney followed this by giving the greenlight to a bunch of remakes of animated classics in the hopes of creating similar guaranteed hits. Then came Maleficent, Cinderella, The Jungle Book and Beauty and Beast. All of them were resounding hits, solidifying Disney’s decision to make these movies.

The next animated classic to get the live action treatment is Aladdin, the 1992 hit buoyed by Robin Williams’ tour de force performance as the Genie. Disney just dropped the first trailer of its sweeping remake and it headlines our new trailers of the week.

Disney released the first teaser trailer for the Aladdin live action remake, giving us our first look at the titular character and his encounter with the Genie (Will Smith). It is the epitome of a teaser as we only briefly see Aladdin and the beautiful scenery of Agrabah, but it does a great job of getting us excited for the movie.

Mr. Glass is back and he is ready to show the world what superhumans are capable of in the newest trailer for M. Night Shyamalan’s Glass. To do so, he sets Kevin Wendell Crumb free as “The Beast” to enact mayhem on the public on his way to an ultimate showdown the with David Dunn.

At the end of season 5 of House of Cards, Claire Underwood broke the fourth wall and told viewers, “My turn.” She kept her promise as the first trailer for the sixth and final season of House of Cards reveals she has now become the President of the United States, but she soon discovers heavy is the head that wears the crown.

Sometimes dead is better, but other times, the dead refuse to stay dead. That’s what the first trailer for the remake of Pet Sematary shows as Dr. Louis Creed relocates his family to the rural side of Maine only to stumble upon a creepy and haunting burial ground where a lot of weird stuff begins to happen.

What would happen if a person with split personality disorder could peacefully coexist with the personalities interacting with each other? Jonathan explores this question as it examines how Jonathan (Ansel Elgort) lives a life with two personalities (Jonathan and Jon), one comes out during the day and the other during the night. The arrangement works great until the two start infringing upon each other’s lives and things turn upside down in the psychological thriller.