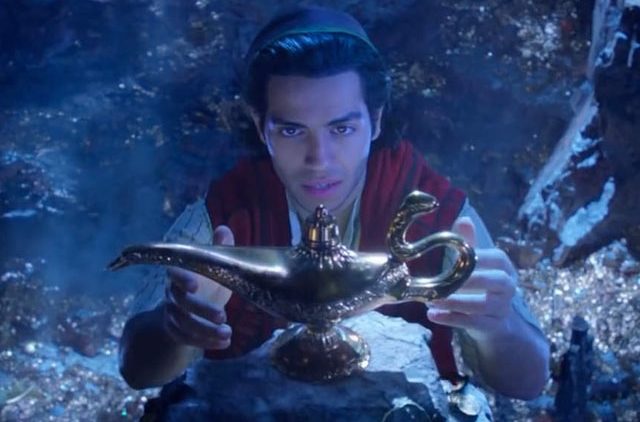 It feels as though this movie has been in development for eons, but at long last the Aladdin trailer is here and it’s everything you would hope it to be.

While the trailer doesn’t give away too much, we do see a few key locations, Iago flying through the sky, and Aladdin nearly putting his hands on the genie’s lamp.

There is sure to be more footage and promotional photos before the film finally hits theaters in seven months, and we can’t wait tos ee it all!

“Aladdin” is the exciting tale of the charming street rat Aladdin, the courageous and self-determined Princess Jasmine and the Genie who may be the key to their future. Directed by Guy Ritchie, who brings his singular flair for fast-paced, visceral action to the fictitious port city of Agrabah, the film is written by John August and Ritchie based on Disney’s “Aladdin.”

“Aladdin” stars Will Smith as the larger-than-life Genie; Mena Massoud as the charming scoundrel Aladdin; Naomi Scott as Jasmine, the beautiful, self-determined princess; Marwan Kenzari as Jafar, the powerful sorcerer; Navid Negahban as the Sultan concerned with his daughter’s future; Nasim Pedrad as Dalia, Princess Jasmine’s free-spirited best friend and confidante; Billy Magnussen as the handsome and arrogant suitor Prince Anders; and Numan Acar as Hakim, Jafar’s right-hand man and captain of the palace guards