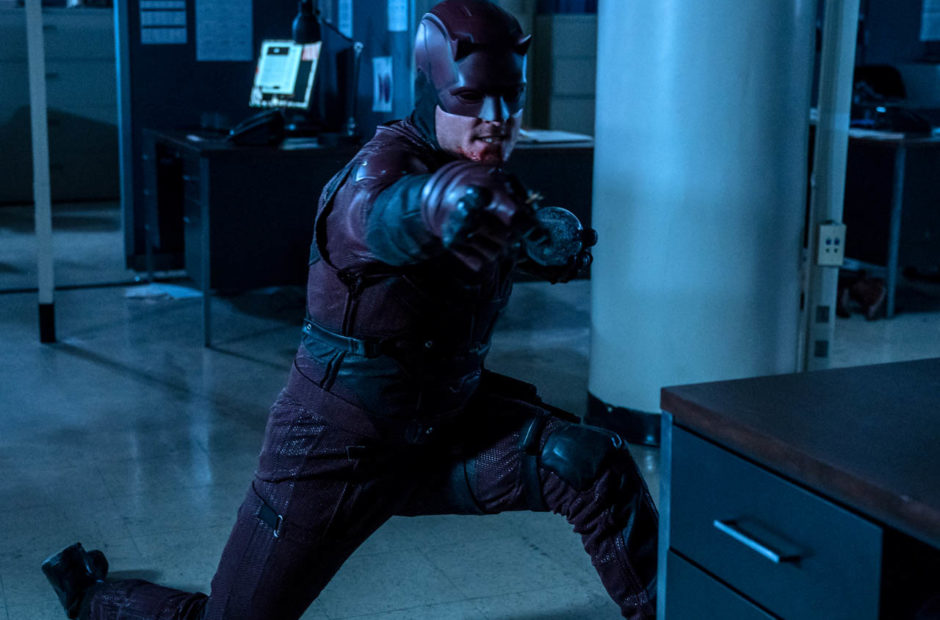 It looks as though Daredevil is heading back to Hells Kitchen with a new series in the works at Disney Plus.

According to a report from Variety, Marvel Studios has hired Matt Corman and Chris Ord to begin writing and executive producing a new Daredevil series. Nothing formal has been announced as of yet, but the rumors persist.

Corman and Ord co-created Covert Affairs, which ran on USA Network for five seasons. From there they went on to serve as executive producers and co-showrunners on The Enemy Within and The Brave at NBC, and Containment at The CW.

The original series ran on Netflix for three seasons before it was canceled in 2018. Marvel Studios then had to wait for a rights clock to count down before they could do anything with the characters. Since that time they have slowly begun bringing them back. The first to appear was Vincent D’Onofrio as Wilson Fisk/Kingpin in the Hawkeye series, and he was followed by Charlie Cox appeareing in Spider-Man: No Way Home as Matt Murdock.

No word yet on how many, if any, of the original cast will return for the new project. Our gut feeling is many of them will indeed return. There are rumors of both Cox and D’Onofrio having already filmed – or are currently filming – additional appearances in other projects. We’ll know soon enough.

Daredevil seasons 1 through 3 are currently available on Disney Plus.