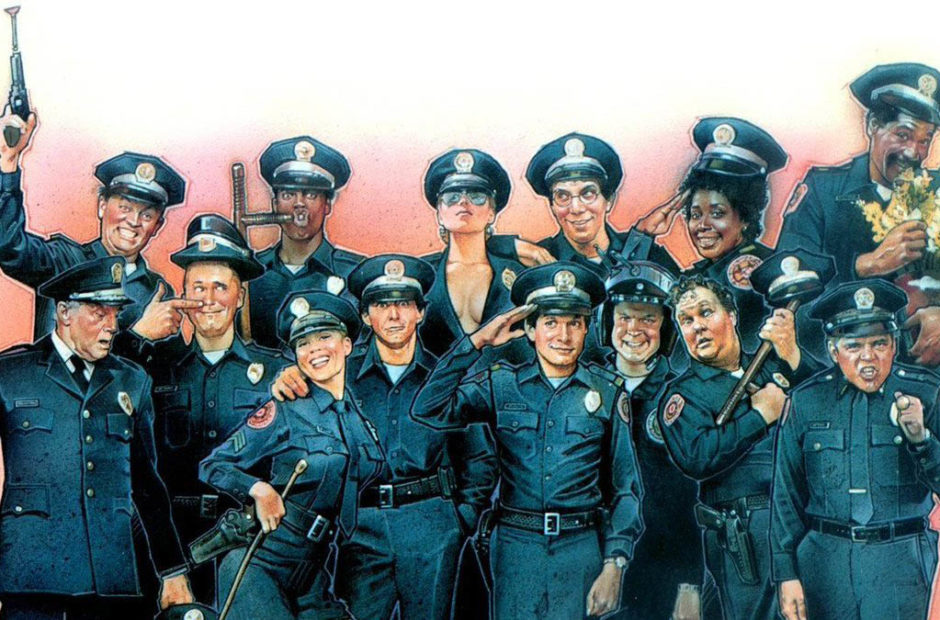 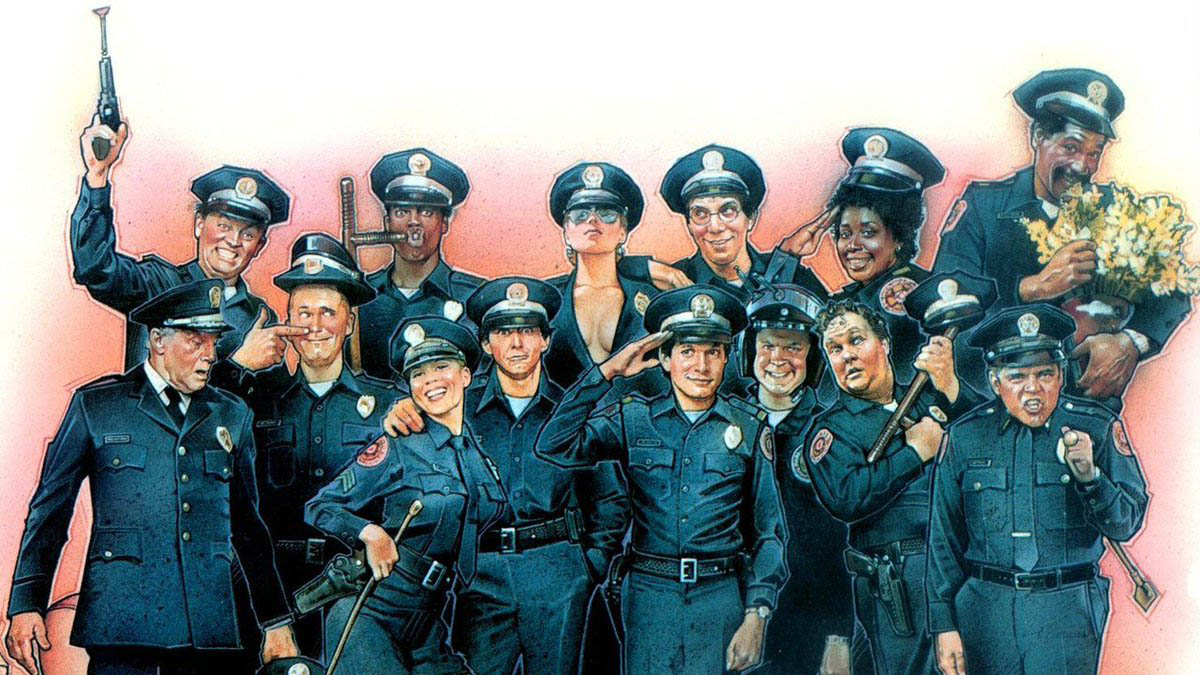 The 1980s were a strange time for comedy films. If you had a hit on your hands you were almost certain get a second film in what seemed like an impossibly short production window. It worked sometimes, and other times not so much. For every Beverly Hills Cop II, there were three Meatballs II.

Then, sometimes, there was a comedy that became a hit in spite of its silliness and goes on to spawn multiple sequels, an animated series, a toy line and more.

Somehow Warner Bros. convinced itself the world just couldn’t get enough Police Academy. The first film took in $84M dollars domestically and was the sixth highest grossing film of the year and went on to launch what can only be called the Police Academy empire.

To be honest, I can’t remember the last time I saw this movie. I know I saw it once or twice when it hit cable back in the day, but other than that I think I’ve been pretty free of it for a couple decades. Diving back into it this week… it has not aged well. Even if you get post some of the more problematic jokes that have very definitely not aged well, there is so little plot or character development it’s astounding.

For the life of me, I could not figure out how Thompson (Kim Cattrall) went from being disgusted by Mahoney (Steve Guttenberg) to falling for him. It just seemed to kind of happen. Not that I’m looking for deep dives into the human psyche from a comedy film, but it would have been nice to have at least some idea of why it happened. And this was a common hallmark of 1980s film it seemed. People just loved each other suddenly for some reason.

Overall, Police Academy, to me at least, commits one of the cardinal sins of a comedy, and that is it’s just not that funny. It confuses ‘gags’ for comedy, and doesn’t understand that comedy needs at least some semblance of structure to make sense. Non-sequitur comedy can be funny (for example, Airplane!), but it’s almost like it’s own genre. But Police Academy feels more like a joke shop exploded on the screen than anything else.

Put this one on the list with Blame it on Rio as films of 1984 that you can skip.

1984 Movie Reviews will return on March 30 with Romancing the Stone!