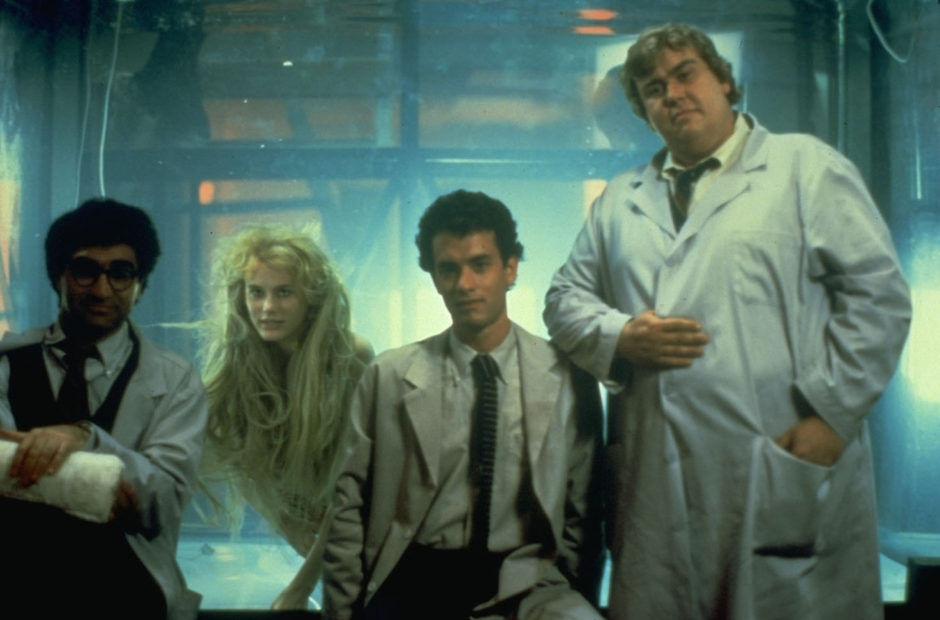 This time around it’s March 9, 1984, and we’re off to see Children of the Corn and Splash. 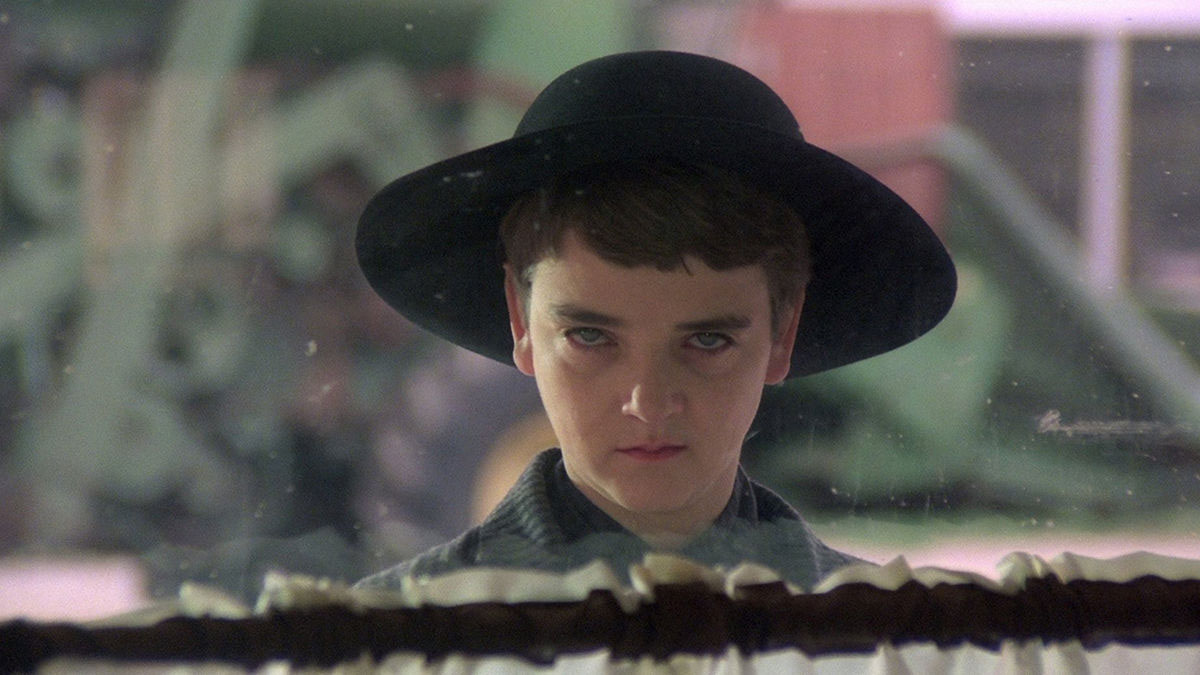 Children of the Corn Review

The 1980s were rife with Stephen King adaptations, something that seems to be happening again. Anything the man had ever written was being turned into a film, and the included short stories. Somehow, the short story for Children of the Corn has now been turned into nine movies. We’re still not sure how that happened.

Made for $800,000, about $1.93M in 2019 dollars, Children of the Corn is 92 minutes of nothing. Set in the town of Gatlin, Nebraska, we learn from the jump that Isaac Chroner (John Franklin) is fairly new in town and he has been meeting with the other kids on Sunday mornings in the cornfield. Because apparently everyone was just dandy with that idea. Then at his signal, it turns out the kids are now a cult that worship He Who Walks Behind the Rows, and they kill all the adults in town… because.

You never learn what He Who Walks Behind the Rows really wants from anyone or even what he really is. You think he’s the devil one moment, and then maybe a demon, and then maybe just some random monster. You just don’t know. And you have no clue what the motivations are. You learn it has been a few years since the Sunday morning killing of the adults, but there’s no mention of what has happened during that time other than the set up their own little dystopian society.

The movie went on to make $14M in 1984 dollars off of that $800,000 budget, and yet a second film didn’t happen until eight years later. The budget clearly didn’t go to special effects, by the way. The ending confrontation with He Who Walks Behind the Rows is almost laughable in how bad the effects are. Yes, this is long before CGI, but do remember this is a post-Star Wars world still, and I’m not quite sure how any effects could be this bad. 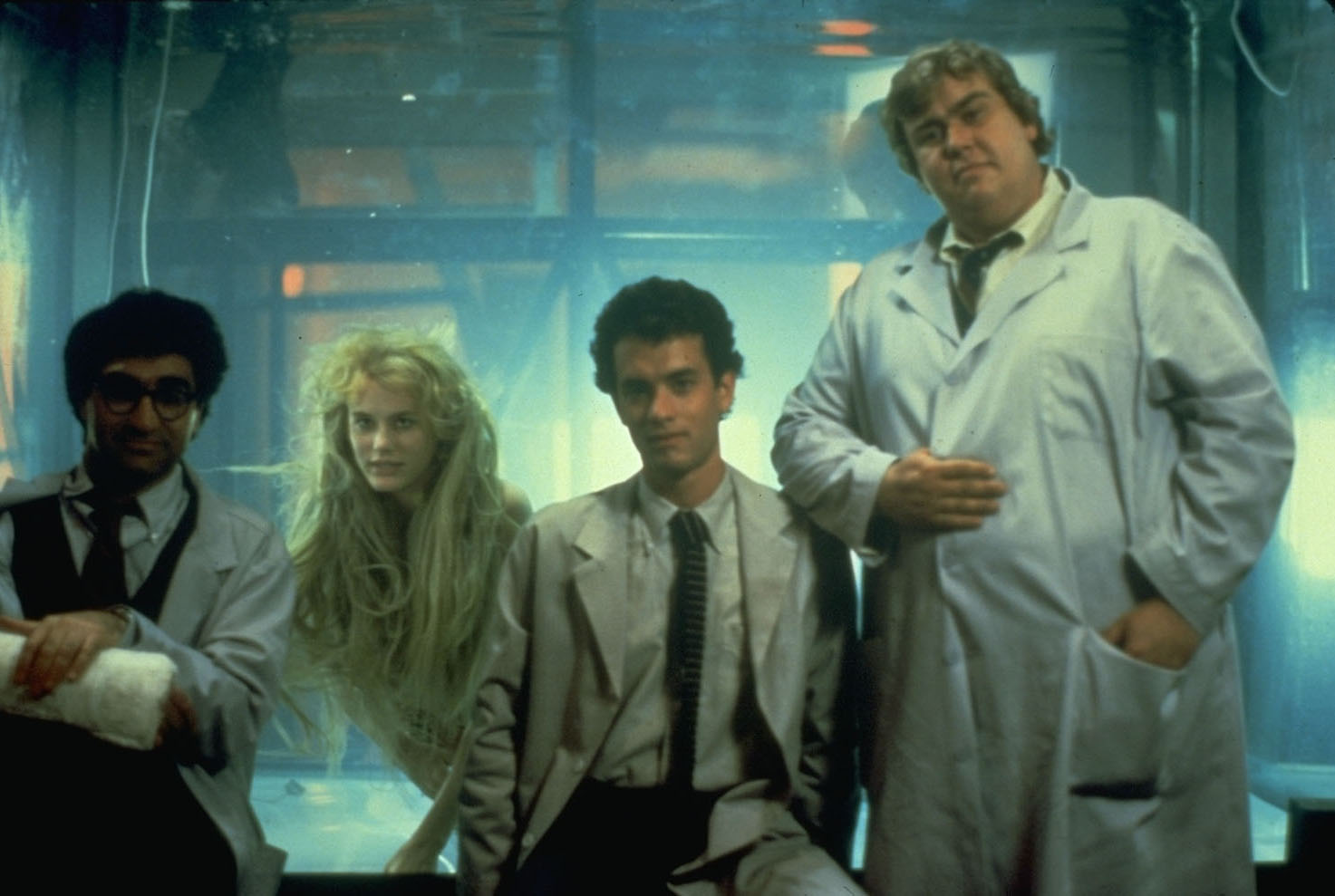 As with every film in this series of reviews, I’m watching them fresh. Nothing is being done from memory or half thoughts.

That being said, Splash was way better as a memory.

Splash tells the tale of a man (Tom Hanks) saved by a mermaid (Darryl Hannah) as a child, and then again as an adult. During the latter saving she finds his wallet in the ocean after returning him to the surface, and somehow decides she is in love with him. Then, in spite of everything else in our world she doesn’t grasp, she somehow can read his driver’s license and find him.

At times Splash is heart warming, and then at other moments it feels like an episode of a sitcom that just goes on for way too long. If it wasn’t for the effortless charm pouring off of Hanks and Hannah – and a good dose from John Candy – I’m not sure this film would have worked. The only bit that I find geuinenly funny was the brief scene where Madison tries to impress Alan with her newly learned English and how it turns into all game show references as that is how she learned the language. (Which, again, brings up how did she read his driver’s license earlier in the movie?)

This was only the third film directed by Ron Howard, and the first of his many partnerships with Tom Hanks. It’s a fun enough romantic comedy if you ignore some of the inconsistencies. It’s worthy viewing as a historical document for the early stages of these people’s careers, but it is certainly not great comedy.

1984 Movie Reviews will return on March 23 with Police Academy!