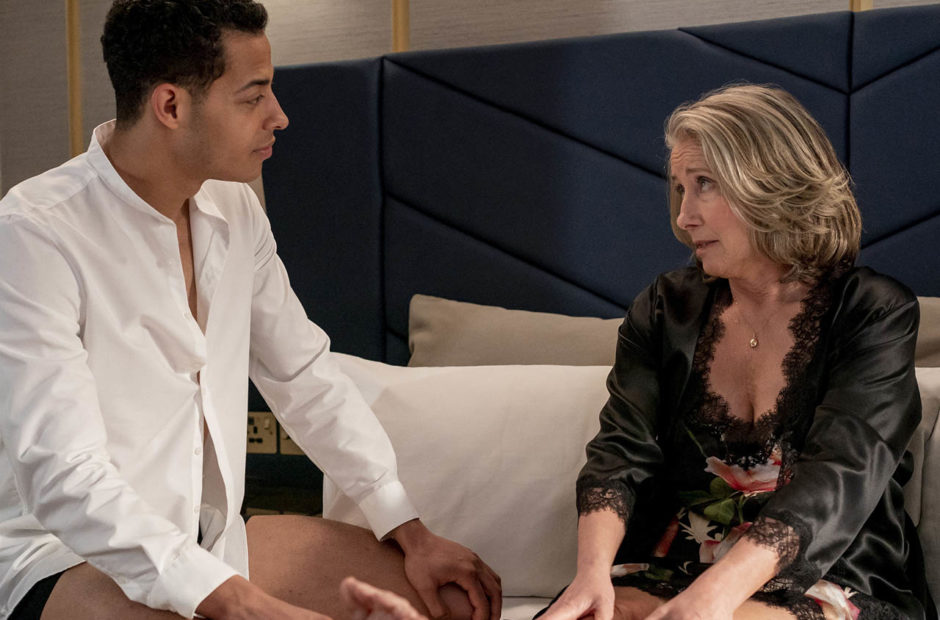 Searchlight Pictures is continuing to find its new direction as it announces three movies are heading directly to Hulu.

The movie industry is undergoing some radical shifts, and low to mid-budget adult dramas are finding themselves on streaming more and more. Another step in that direction came on Friday as Searchlight Pictures – formerly Fox Searchlight – announced it is sending three films directly to Hulu.

On June 3, gay rom-com Fire Island will land on the service starring Joel Kim Booster, Bowen Yang, and Margaret Cho. The new film from Andrew Ahn is being described as a modern day take on Jane Austen’s Pride and Prejudice.

Good Luck to You, Leo Grande will land on June 17 starring Emma Thompson and Daryl McCormack. The film was picked up by Searchlight at Sundance with the plan of it going to Hulu directly.

Rounding out the trio of films will be Quinn Shephard’s Not Okay starring Zoey Deutch and Dylan O’Brien arriving on Aug. 5.

Searchlight became a part of the Walt Disney Company when it purchased 20th Century Fox. Since then the exact future of the studio and its films has remained unclear, but it seems that Hulu will become an increasingly frequent destination for its productions.