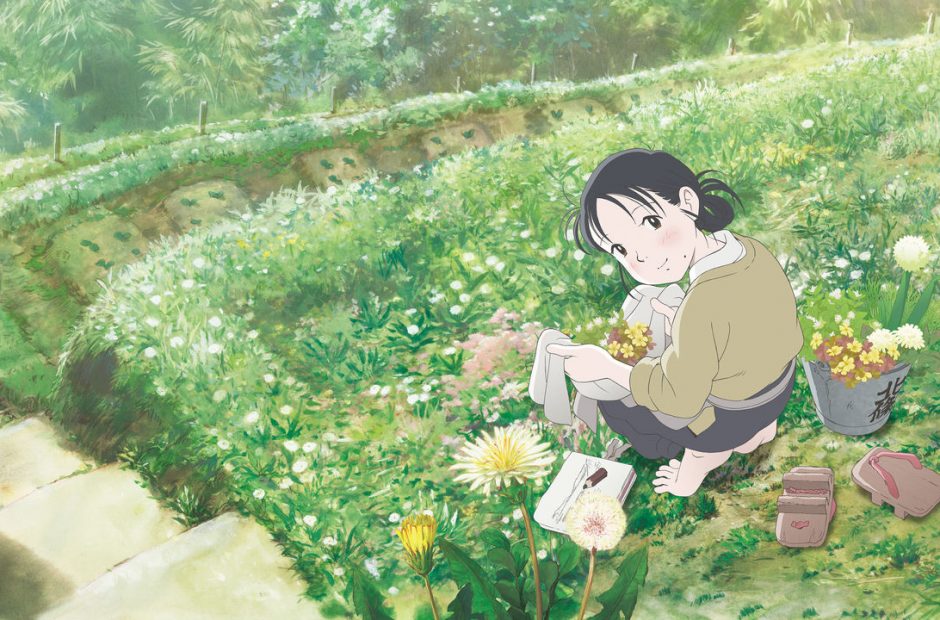 When it comes to the Pacific Theater of World War II, Japan’s approach to covering its participation vastly differs from other countries who took part in the deadly conflict. Being seen as the aggressor in that age of history limits its storyteller’s and film director’s portraying its nationalistic cause in a positive light, l’est they attempt to rewrite a dark chapter in Japan’s history or anger its neighbors.

That burden of guilt, having been carried through the generations since the war, has instead turned Japan’s portrayals into a human one, attempting to give face to those who did not cause the war but rather, humans whose everyday lives were swept up in the flow of a conflict beyond their control.

In the world of film, Isao Takahata’s Grave of the Fireflies and Keisuke Kinoshita’s Twenty-Four Eyes serve as the most recognizable examples of how a militaristic government threw the country into conformism and chaos and destroyed the lives of everyday people who only wanted peace.

For future generations, Sunao Katabuchi’s In This Corner of the World will stand among them as one of the all-time greats.

At it’s soul, In This Corner of the World approaches the war unlike any other film before it, and that is as a slice of life comedy. It’s not exactly a common genre we see tragic wartime films fall in, but the first half of this film delivers the same, genuinely funny moments of everyday life you expect to see from the genre. Katabuchi avoids the pitfalls of lesser skilled storytellers by not leaning on the crutch of melodrama. His film follows the everyday life of the young and scatterbrained Suzu, a young Hiroshima woman born into an era of peace on the shores of the Seto Inland Sea.

Suzu’s life is recreated before our eyes via images and narration that make as much sense as her own distorted thoughts. Rapid fire pacing, awkward pauses, squabbles with friends and family, all the fun tropes of slice of life portray the innocence of her childhood long before her generation became the one that would carry the biggest burden of the war. The ones that fought in it, the ones lives survived it at home, the ones who would have to rebuild the country after their parents and grandparents sent them off to die.

We see Suzu grow up in peace, gathering seaweed at low-tide Itsukushima Shrine in Miyajima, romping with her younger sister and big brother without a care in the world. As she grows up, a young man she doesn’t know whisks her away with the promise of marriage, and Suzu relocates to the town of Kure as a member of the Hojo family. Her husband works in the local government office as a clerk, her father-in-law works the shipyards. Kure acted as the center of Japan’s battleship production during the war, and from the safety of the Hojo family house on the mountain, Suzu and her niece spend their days gathering vegetables and recalling the name of the boats.

Suzu’s “modern” sister-in-law moves back home and scolds her as big sister-in-laws do. She helps her aging mother-in-law, who is unable to support herself on a bad leg. Her sister comes to visit from Hiroshima and talks about the local military officer she’s fallen for. Suzu, who loves to draw, sketches in her free time and makes a shopping trip back to downtown Hiroshima for the day. In essence, this is the entire first half of the film, letting us into the lives of what otherwise would have been a very happy and successful family had their household not come together in the era that it did.

Suzu herself grows and changes. Her relationship with her husband honestly portrays how a woman might feel had she been flung into such a situation, and her husband, a mysterious boy from her past, accepts her slow transition. Dare I say, we rarely get a look into genuine moments of romantic intimacy in anime films, but on at least two occasions, This Corner of the World crosses that threshold and makes a simple kiss look as real as any marriage in our world.

And yes, the film is also very funny. The family portrays a deep sense of love and commitment to one another as Suzu struggles to find her place, and much of the humor comes from her attempts to fit in and keep her outlook on life together while the world she is building slowly begins to fall apart.

Even as it does, the film still finds ways to make you laugh and catch you off guard. As the family’s rations dwindle, Suzu attempts to keep the family fed with recipes left behind by samurai to varying results. American bombers fly overhead throughout June and July of 1945 with Kure’s shipyard dead in their sights, and Suzu’s repetitious and mechanical evacuation routine takes a hilarious turn after one family member puts a toe out of line.

And how she reacts to the return of her brother’s remains? You wouldn’t think you could make such a tragic event funny, but this film manages it.

Naturally, as a war film, the happy, carefree days of Suzu and her newfound path in life can’t last forever. Roughly halfway through the film, the war’s slow encroachment on the storytelling begins to take its toll on the family, and even from the beginning, knowing that this film takes place in Hiroshima blankets the happy times with a sense of dread. Katabuchi’s film lures us in with comic relief and dares us not to fall in love with the Hojo family, and once the film begins to turn dark, we care for them all the more rather than had Katabuchi turned to a normal wartime drama formula as his background.

I won’t spoil a thing for the second half of this film, but the best compliment I can give In This Corner of the World is that it never once feels unnatural, never once loses its unique, rapid-fire, daydream-esque storytelling. It keeps what the viewer wants to see, and that’s the adventures, relationships, trials and tribulations of the Hojo family, at the front of its screenplay and only lets the war shake things up from time to time.

It’s as effective of a screenplay as I’ve ever seen, one I’ll need to read and experience many times over to fully appreciate.

In This Corner of the World’s hand-drawn animation also gives it a heartbeat that many anime films lack nowadays as they turn to computers. This is a beautiful film, a peak of the many prime examples of how Japanese animators know how to make their country look like a paradise. Kure’s cozy town on the seaside atmosphere, the safety and seclusion of the Hojo house on the mountainside, the rolling hills and layered rice fields, everything about this film portrays seaside life on the Seto Inland Sea as the most beautiful experience one can have.

And having been to the seaside of the Seto Inland Sea many times, I couldn’t agree more. I’ve never been to Kure, but once you see those islands scattering the horizon, you’ll be in love forever.

Kitbuchi’s animation team also went to great lengths to recreate Japan from the era. Many don’t know this, but Hiroshima was a lively, downtown shopping area before the bomb destroyed it in 1945. The animators painstakingly recreated the bustling, happy atmosphere and included famous local businesses and styles to honor the city before it was lost to the horrors of war. Countryside life on the sea also never looked more enjoyable than when we see young Suzu and her siblings romp through marshes and islands in their local, era-appropriate attire.

As all great anime films, the musical accompaniment and voice performances are top notch, especially Suzu, whose aged dialect and awkward slur are unique to this film alone. It’s never a bad thing to see a character break from a prototypical voice in an anime, and In This Corner of the World’s female lead speaks with a squeaky, weird voice you never want to stop hearing.

In This Corner of the World defies the conventions of a normal wartime drama, turning to comedy and the carefree spirits of a loving family as it copes with loss and tragedy all around it, never once losing sight of its goal: survival. And not just survival, survival with dignity. After all, if the family falls apart, the bonds are broken, and the house comes crumbling down, even with the most destructive conflict in human history all around them, what will they have fought for?

It’s important to remember that when we stare down at enemy countries or wage war on opposing nations, behind the face of international politics, propaganda, and governmental struggles, everyday humans just want to survive and be happy, just as we all do.

In This Corner of the World doesn’t speak out for or against war. It merely puts humans at the forefront rather than acts of glory or heroism. When we look at it in this way, when the bombs fall, they aren’t falling on a hostile nation, they are falling on loved ones.

We watched In This Corner of the World on Netflix.