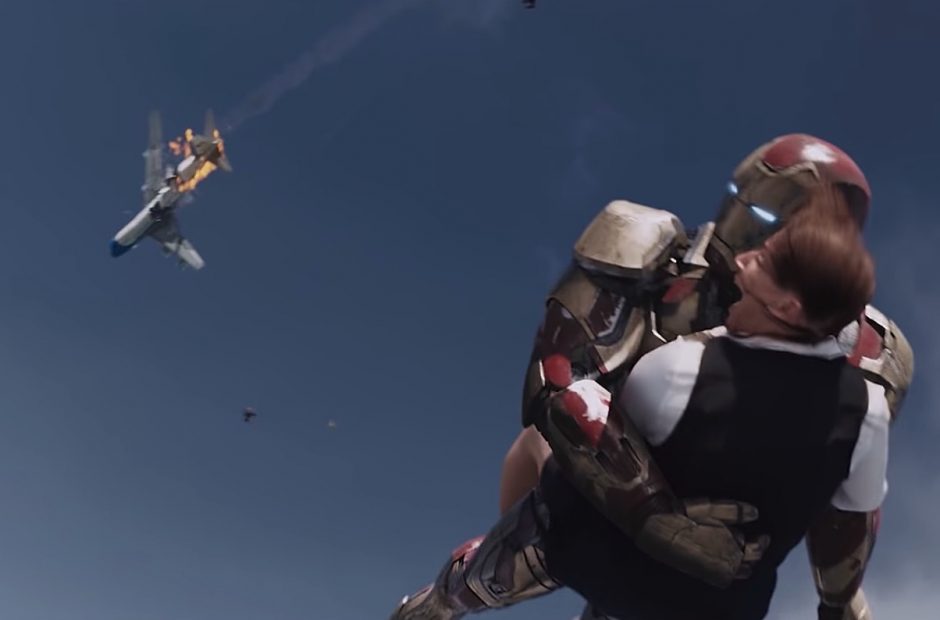 Toward the end of the film, an assassin named Savin boards Air Force One and blows a hole in the rear of the plane, causing a number of passengers—13, according to JARVIS—to get sucked out. As Tony accesses the situation, he’s told by JARVIS that he will only be able to carry four people.

But Tony doesn’t flinch and immediately flies into action. Rather than being content with rescuing only a few people, he recalls a game called Barrel of Monkeys and uses that simple premise to try and save everyone.

Even with people falling at hundreds of miles per hour, Tony is calm and collected. At one point, Air Force One explodes into a ball of fire, causing debris to rain down. But Tony remains steadfast.

Every step of the way JARVIS is in Tony’s ear telling him their elevation: 10,000 feet, 6,000 feet, 2,000 feet. With less than 100 feet until sea level, right when it looks like tragedy is about to strike, Tony miraculously saves all 13 people.

It’s a scene of total panic and chaos, and one that perfectly encapsulates Tony’s evolution as a hero. Even with the odds stacked against him, he does everything he can to make sure everyone survives. It’s one of those moments that make you want to stand up and cheer.

Sure, Iron Man 3 is largely forgettable, but that scene will forever be one of the best in the MCU.