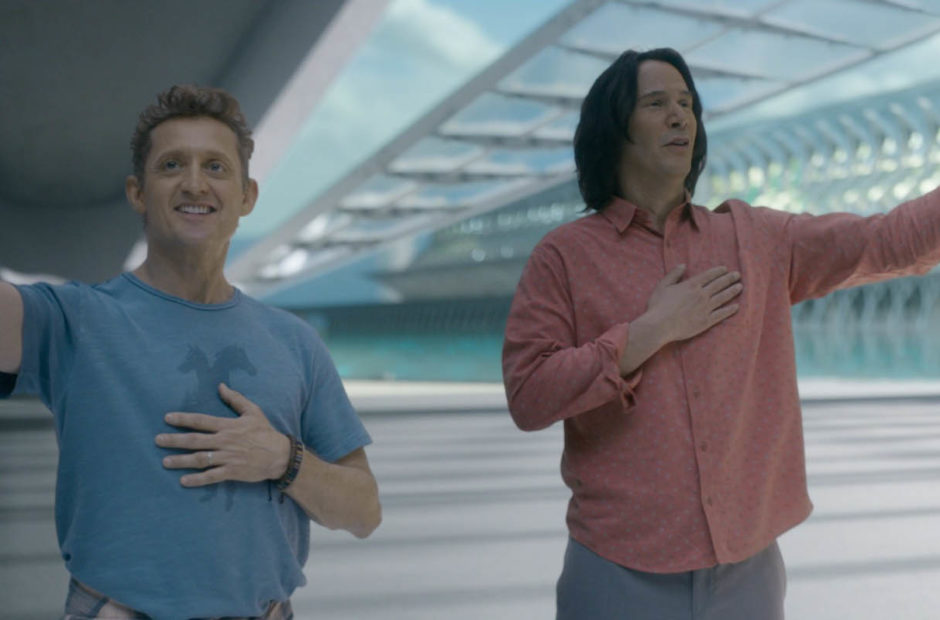 Bill & Ted Face the Music is moving up its release date by one week as movie studios prepare for a new tactic of more home video releases.

The third Bill & Ted movie had recently set a release date of Sept. 4 to play on the Labor Day weekend in the U.S. The film will show in theaters where open, but also will release simultaneously as a digital release. That plan has not changed thanks to the recent news about Mulan.

The Mulan release date has been announced as Sept. 4 as part of a premium tier on Disney Plus. Apparently Bill & Ted didn’t want to share the date with a brand-new Disney film even if it was just on home video.

With films constantly shuffling right now, expect a lot more of this. It is looking more and more likely that movie theaters in the U.S. will be closed until 2021 for the most part, so hybrid and staggered releases will probably be our new normal for some time to come.

Bill & Ted Face the Music will now hit theaters and digital on Aug. 28.