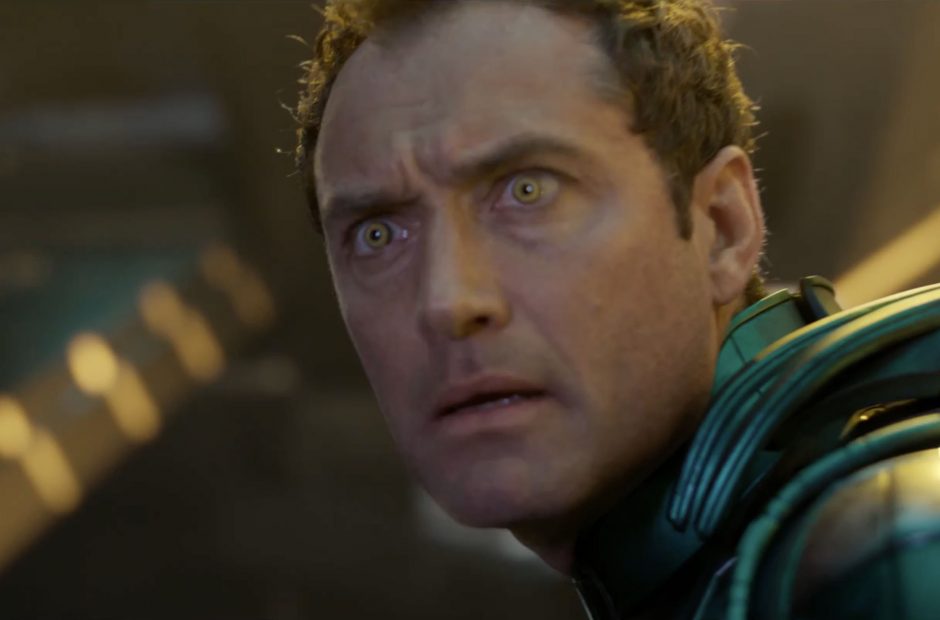 Ever since Jude Law was confirmed to be in Captain Marvel, the actor has been coy on his role. We know that he’ll be a mentor to Carol Danvers and a commander in the Kree military team known as Starforce, but his actual name has yet to be confirmed. Thanks to a new leak, however, we finally know who he’ll play.

An image of an unreleased Funko Pop! has seemingly confirmed Law is playing Yon-Rogg, a character many speculated would be the actor’s official role.

In the comics, Yon-Rogg is a powerful Kree military commander who has a streak of jealousy. Crucially, Yon-Rogg has a deep hatred for Mar-Vell, otherwise known as Captain Marvel in the comics.

Although Law has been confirmed to be Carol’s mentor, he might develop a jealously of her powers and ultimately turn against her. That’s just speculation on our part, but it seems very likely. It seems as though Marvel is trying very hard to market Law as a good guy, when in reality he’ll be an antagonist.

The question is whether there will be a Mar-Vell in Captain Marvel. Mar-Vell is a powerful Kree hero who is sent to spy on Earth and ultimately becomes an ally. The film interpretation might see Carol Danvers take on the role of Mar-Vell while she’s on Kree and later become Captain Marvel on Earth.

The movie’s first trailer doesn’t provide many clues, but with its release now less than 100 days away, hopefully we’ll learn more soon.