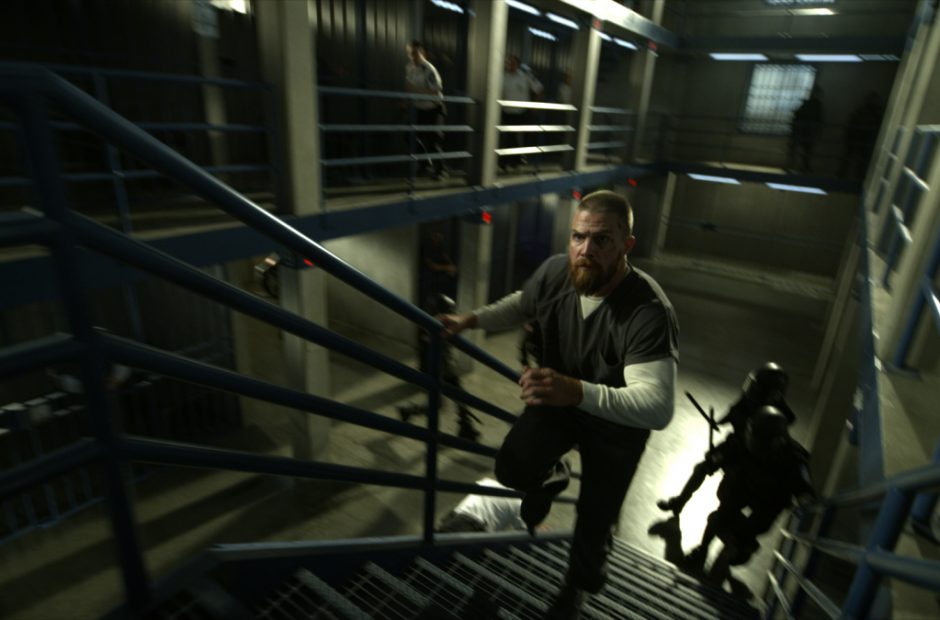 When we talk about superhero fight scenes, we’re usually talking about the rock’em-sock’em beatdowns that take place on Marvel Netflix shows or occasionally in Marvel movies. Daredevil is the gold standard, especially after the one-take prison sequence in season 3. But we overlook the real workhorse of superhero combat: Arrow. While Daredevil might get the kudos for the epic stuff, the team at the CW’s Arrow is going at it week after week, filming fight scenes on a comparatively shoestring budget and probably a lot less time. This last week, though, they upped the ante and brought a long-running storyline to a head with Arrow‘s own prison battle.

The sequence had Oliver Queen, who turned himself in at the end of season 6 in hopes of putting mobster Ricardo Diaz behind bars after he’d nearly taken the city over through corruption, extortion, and more. After weeks of being beaten up behind bars, Oliver was finally about to get out, and Diaz decided to put a stop to it. Slabside Penitentiary turned into a battleground as Diaz and other inmates went after the guards and the guards totally misjudged how dangerous and persuasive Diaz could be.

A post-episode interview brings some interesting details of the fight to light. Amell told the site that the script for the episode was the shortest script he’d ever read. The episode was directed by Arrow‘s stunt coordinator, James Bamford, and it shows. This fight felt to other CW DC battles what John Wick felt like to other action flicks. It was 45 minutes of people who love brutal fight choreography getting to put their talents together.

Bamford was essentially given a set amount of time and a very limited amount of story and told to go nuts. 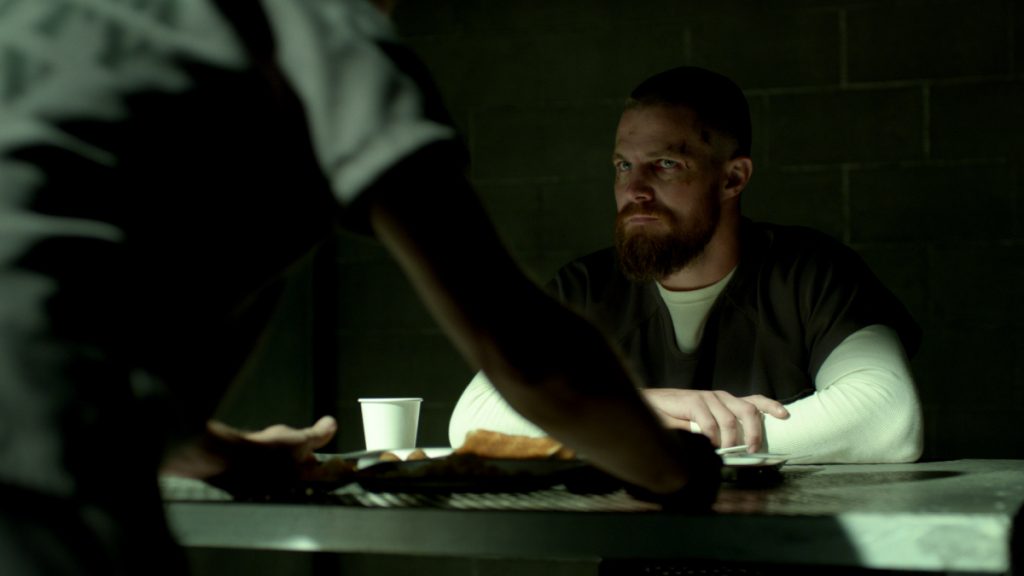 The fight features long shots of Oliver and Ben Turner (Michael Jai White), who has temporarily allied with Oliver, fighting on separate floors of the prison while the camera switches between the two. If there are cuts in these sequences, they’re very well disguised – I can’t spot them.

The fight lasts nearly the whole episode and goes from one end of the prison to the other. The slow-burn character Stanley, the diminutive-but-creepy character that has been begging to be Ollie’s sidekick all season, finally gets a chance to act and makes every bit of his screen time count as he becomes unhinged.

And even though this is just a huge brawl, there’s a ton of narrative satisfaction throughout. Turner, who was part of the short-lived Arrowverse Suicide Squad, got some redemption. Brick, one of the villains from season 3, got some awesome cummupance. And finally, Oliver and Diaz went toe to toe in a brutal, bloody fight that left them both hanging on by threads, but only one of them holding a shiv buried in his chest while the prison doors closed around him.

We’re finally going to see Oliver pick up his bow next week, based on this promo:

The whole fight isn’t online yet. You can dig it up with some creative googling for Arrow Season 7 Episode 7 Fight Scene” if you missed it – or check it out on CW’s app. Even if you’ve fallen off Arrow, it’s worth checking this episode out.