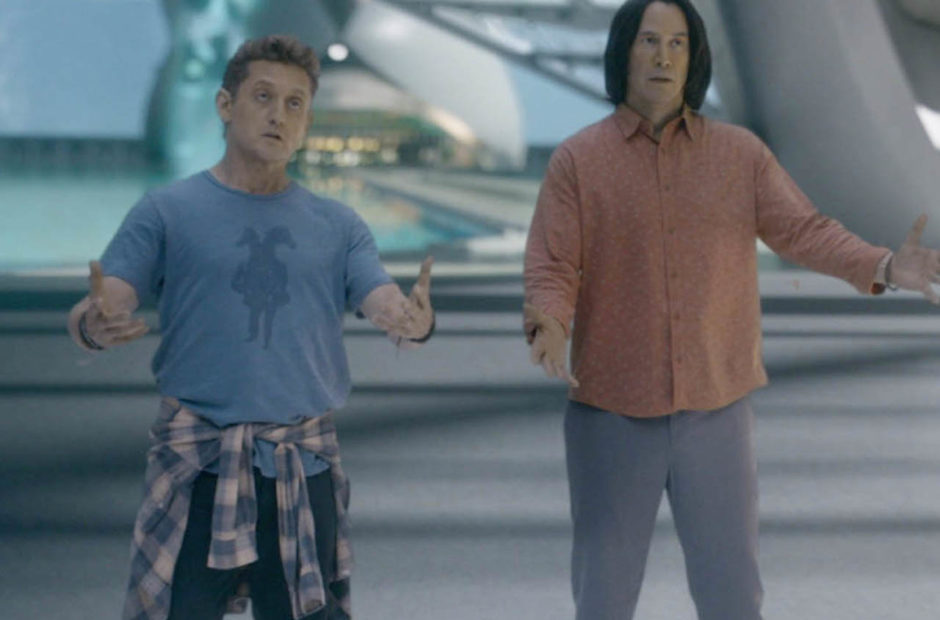 At last, the Bill & Ted Face the Music trailer has arrived, and it is excellent.

It has been 29 years since 1991’s Bill & Ted’s Bogus Journey. Despite numerous false starts, at last, we are getting a third film. Keanu Reeves returns as Theodore “Ted” Logan and Alex Winter as William “Bill” S. Preston along with William Sadler as Grim Reaper. Joining the team this time will be Brigette Lundy-Paine as Billie “Little Bill” Logan and Samara Weaving as Theodora/Thea “Little Ted” Preston.

Yes, it’s not the least bit surprising Bill and Ted still haven’t gotten around to writing that song. What fun would it be if they had?

It does look as though things are getting a bit more desperate however and they need to write it soon. It appears the world is falling apart.

Currently, Bill & Ted Face the Music is scheduled for release on Aug. 21, 2020. We would have you note, however, that the trailer just says “2020” currently, so the date may be in flux.