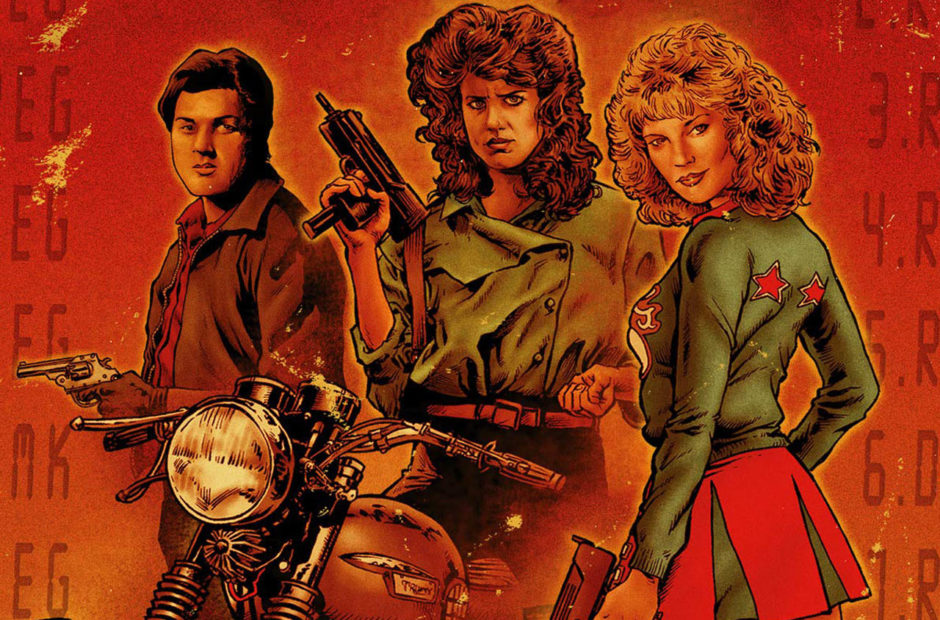 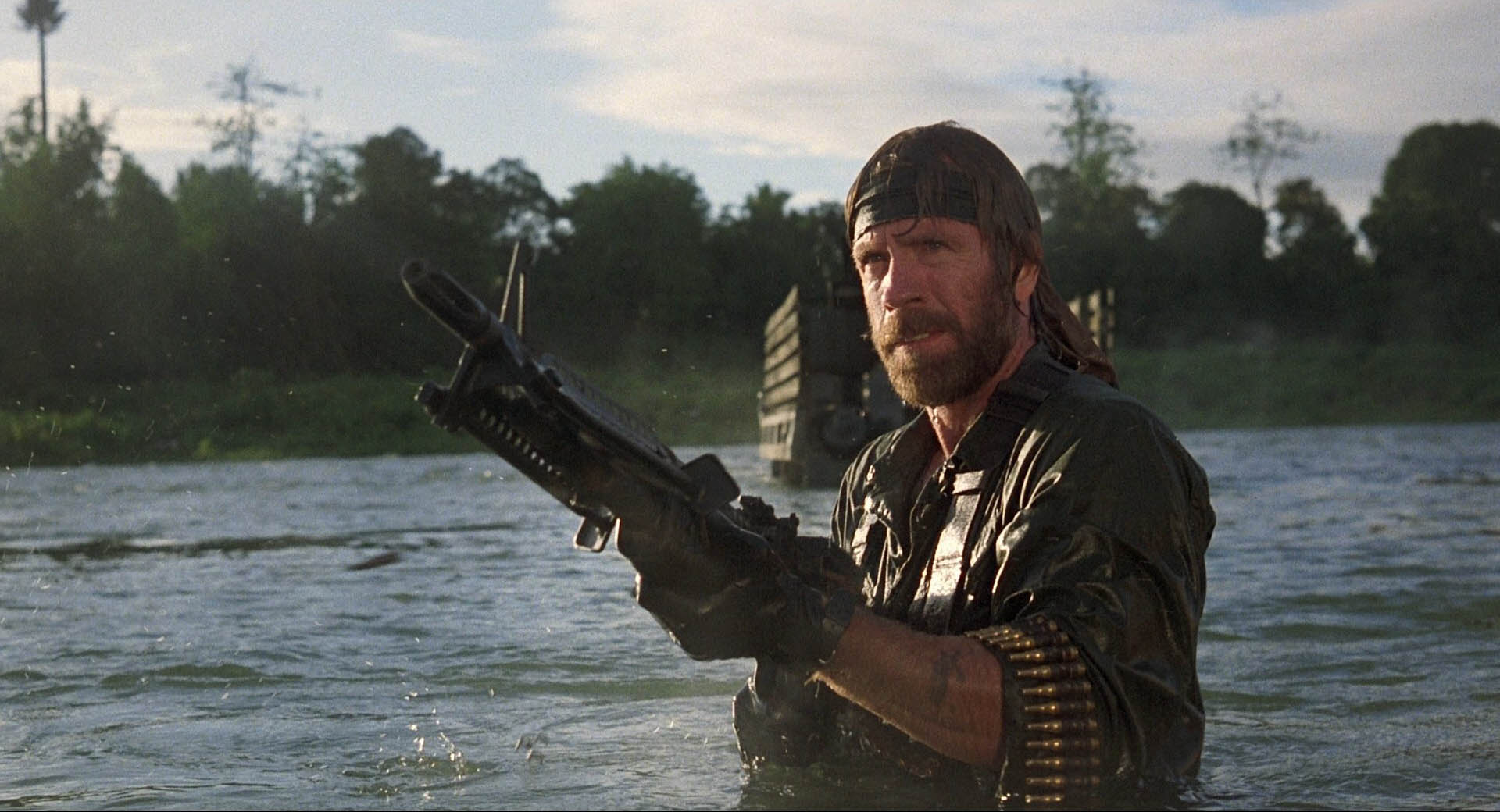 There is a term in film watching called “padding.” It’s when a movie takes far too long dwelling on a shot so as to increase the length of the movie. It’s different than say, a lingering shot to convey an emotion or danger.

Missing in Action may be the most padded film I have ever seen.

I had never seen this movie because I’ve just never been much of a Chuck Norris fan. He’s fine, it just was never my cup of tea. Add in this movie was made by the Canon Group, and, yeah, even in the 80s we knew that meant we were in for a rough ride.

As I watched it this week I just kept thinking, “How long is this scene going to be?” Very early on in the film, Braddock (Norris) wakes from a flashback nightmare of his time in Vietnam. He stands, changes the TV channel to Spider-Man and his Amazing Friends. The episode of the animated series becomes a narration device for another flashback. After he comes out of the flashback, he walks over to stare at the TV again. The camera then centers on the TV, and… we’re suddenly watching Spider-Man and His Amazing Friends and it just keeps going. No cuts back to him, we just keep watching.

Much later in the film, Braddock returns to his hotel room in Thailand and goes to change his shirt. He is alone in the room, he takes off his shirt, picks up a button-up shirt, puts it on… buttons the buttons… undoes the cuffs on his sleeves… roles them up… gives them a good tuck… AND A MAN LEAPS OUT OF THE CLOSET AND ATTACKS HIM!

Meanwhile, I can not stop thinking about the fact I just watched a man put on a shirt in real-time in silence… in a movie.

This movie was just padded scene after padded scene to reaching a whopping running time of 101 minutes. In other words, there was no story here, it was all padding.

I almost recommend watching it so you can join me in wondering how it got two sequels. 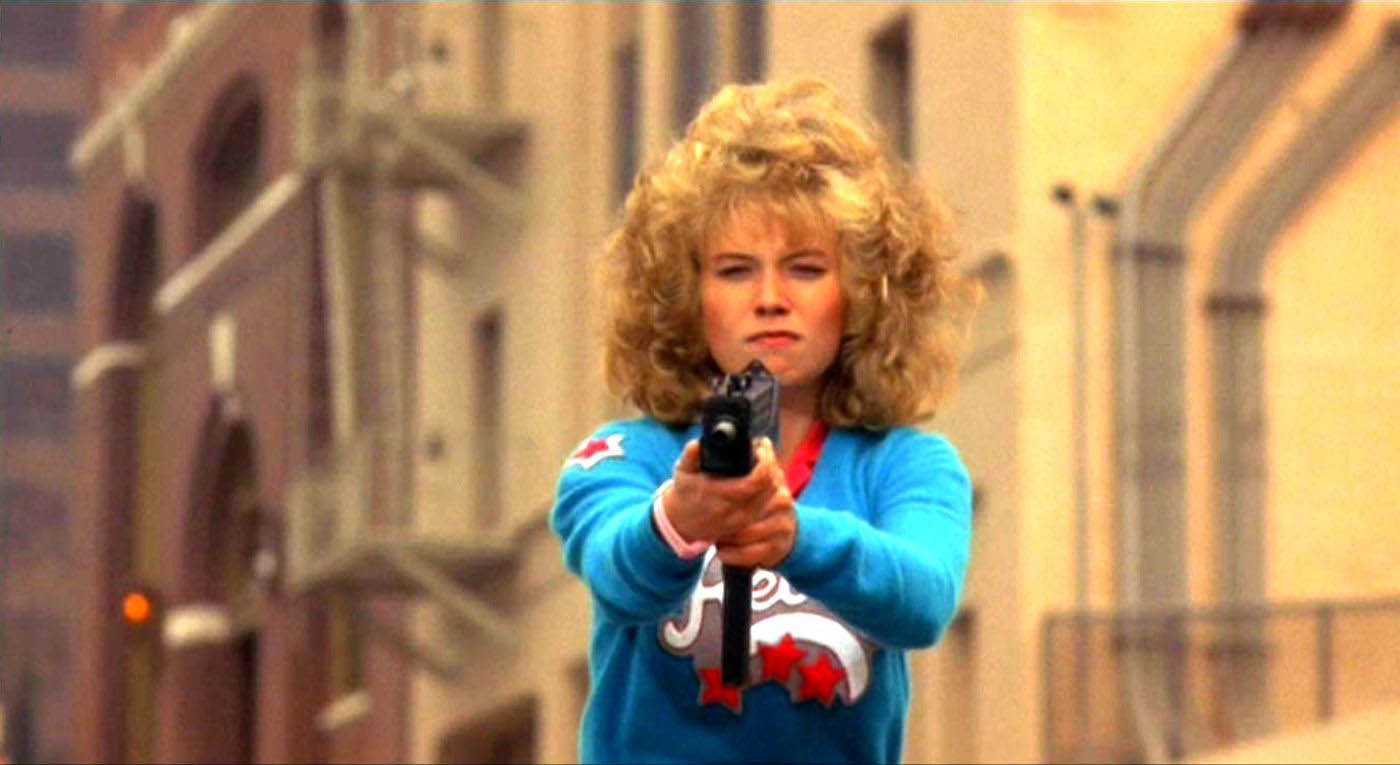 Night of the Comet

If there is one thing you can say about the films of 1984, it’s that it spawned a lot of cult movies. Shout! Factory specializes in doing special editions of old cult films that may be unloved by their studios. So far in this project I have watched three of the films on Shout! Factory releases: Streets of Fire, Silent Night, Deadly Night, and now Night of the Comet.

This is a movie I’ve watched a few times over the years, and it never stops being amusing. When you consider this was 1984, it was pretty wise already to the tropes of the decade. From Valley Girls to conspicuous consumption to mall obsessions, it touched on them all. And one has to wonder if this movie played just a tiny part in the creation of Buffy, the Vampire Slayer. It’s difficult to not think that Sam (Kelli Maroney) toting a machine gun while wearing a cheerleader uniform isn’t just a tiny bit proto-Buffy.

In a time where the cineplexes were filled with Sylvester Stallone, Arnold Schwarzenegger, and Chuck Norris films, an action film with teenage female leads was unusual. You have to tip your hat to them for this movie even making it to the screen.

And it’s fun. Sure it’s essentially a zombie film with a dose of armageddon and mad scientist tropes thrown in, but it works. It’s different and knows exactly what it is.

If you’ve never seen it, do yourself a favor and check it out. We’re willing to bet you won’t regret it.