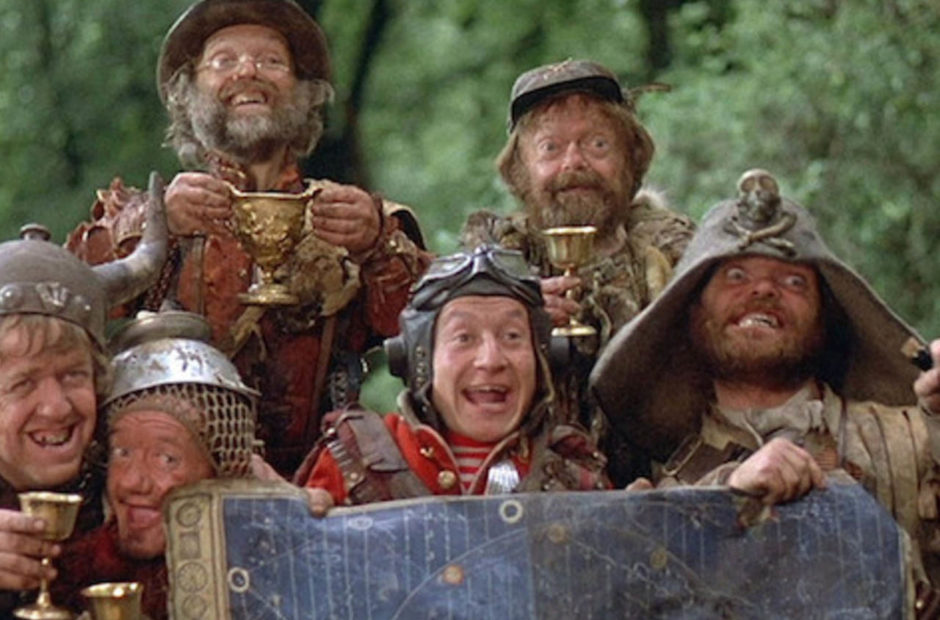 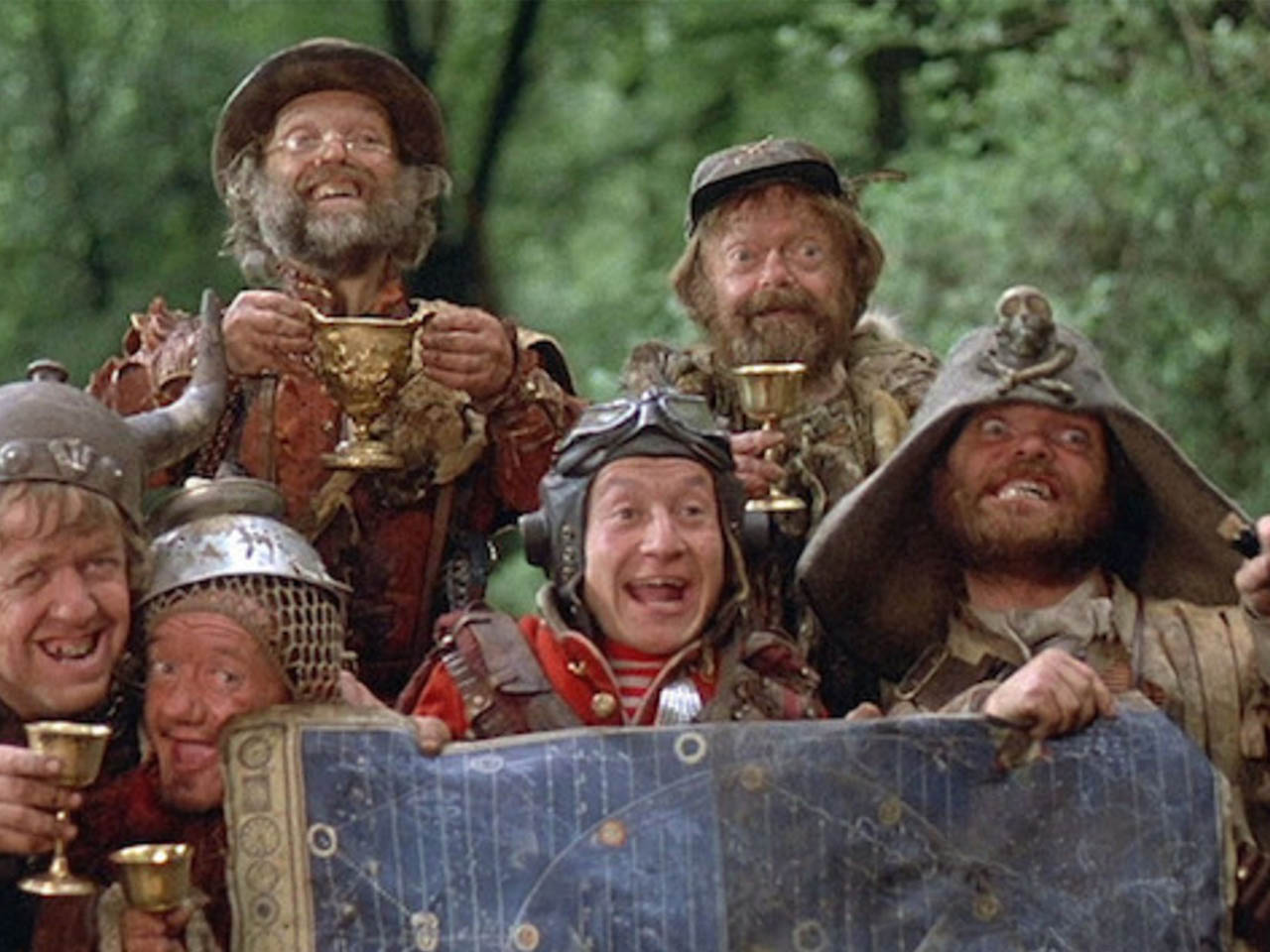 Time Bandits is one of those films that is review proof. Does it make total sense? No. Do you care? No.

The Supreme Being decides to test his creation by letting a ban of his assistants to ‘borrow’ his map of existence and jump around time. How exactly this tests the universe is beyond me, but it does in the Supreme Beings eyes.

To be frank, Time Bandits plays a bit like a series of Monty Python sketches, which makes total sense as it was the creation of a member of the troupe, Terry Gilliam. The time travel is a storyline, but it seems at times more of just a connective thread to allow Gilliam to get out a lot of ideas he had floating around in his head. Such as, why is the giant wearing a ship for a hat? No idea, it’s just there.

But the film is just too fun and fanciful to allow any of this to bother you. You just let Time Bandits was over you and you’re the better for it. 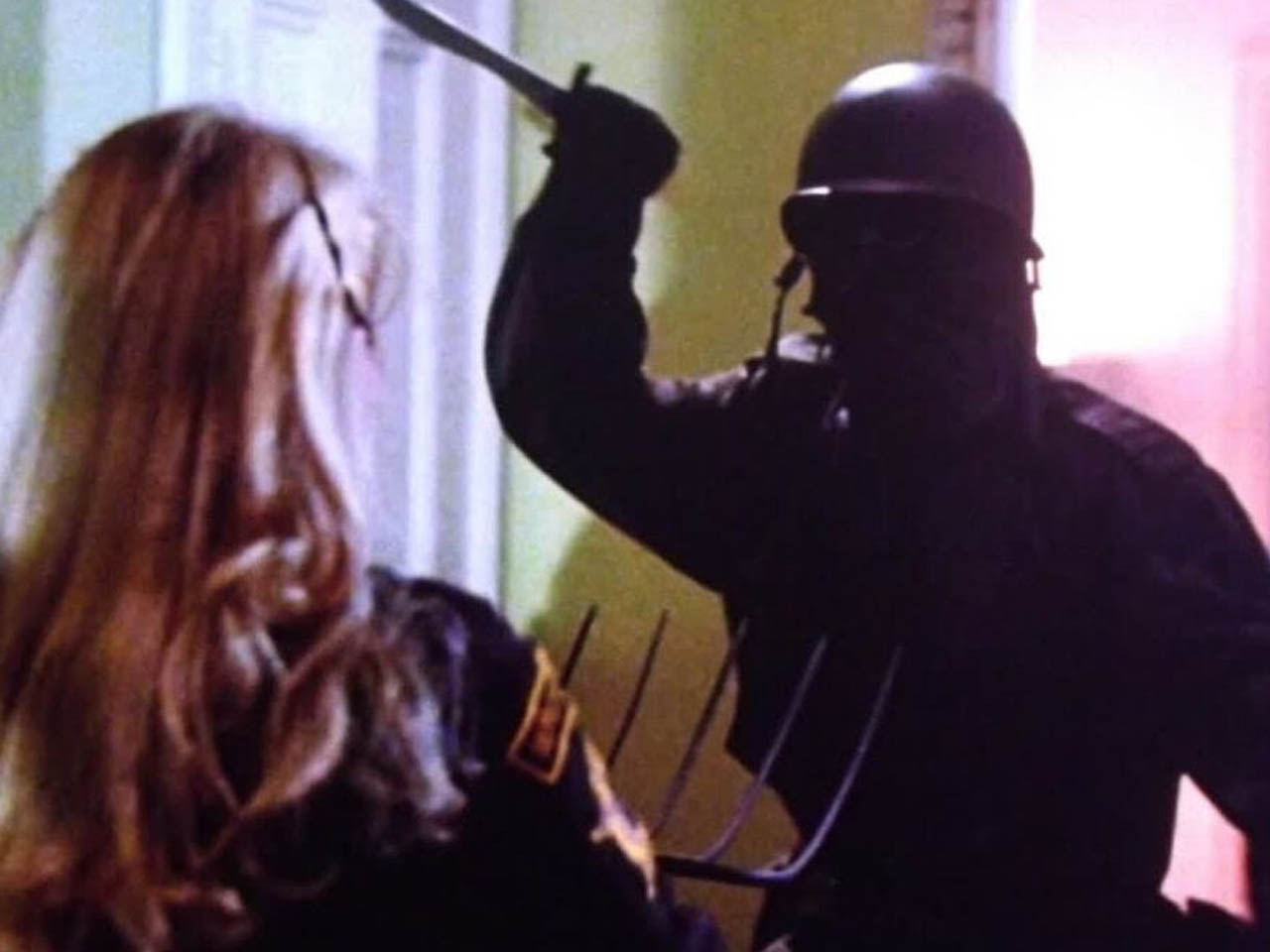 I’ll say this for The Prowler, it has one of the most interesting openings for a slasher film I’ve seen. Set during World War II, Rosemary sends a “Dear John” letter to her boyfriend overseas and he returns to kill her and her new boyfriend. Since that time graduation dances have been canceled, but they’re about to make a return. (Gee… like the dances in My Bloody Valentine.)

Of course, if the dances are back, that means the killer must return. Dressed up in his army fatigues, he goes on a murderous rampage with a bayonet and that trademark weapon of soldiers everywhere… a pitchfork.

Throughout this whole movie the soldier/killer keeps using a pitchfork and you just keep going “… why?” Does it have some significance we’re missing? Did he run around Europe stabbing Nazis with a pitchfork? Who knows. It makes for some fun kills, but it doesn’t make a lick of sense.

Overall, it’s another case of a slasher film not making much sense. You aren’t sure why the return of the dance makes the killer come back as he has no connection to the previous one other than the Dear John letter. There is a lot of weird time padding (if that phone call to the hotel reception desk had gone on a second longer I would have screamed), but that seems common for slasher films in this time period. I mean, we all remember the Jamie Lee Curtis’ dance sequence in Prom Night and how long that went on for.

Ultimately, The Prowler gets some definite points for originality in the killer, the basic premise, and the choice of weapon. It does, however, lack heavily in the motivation department.