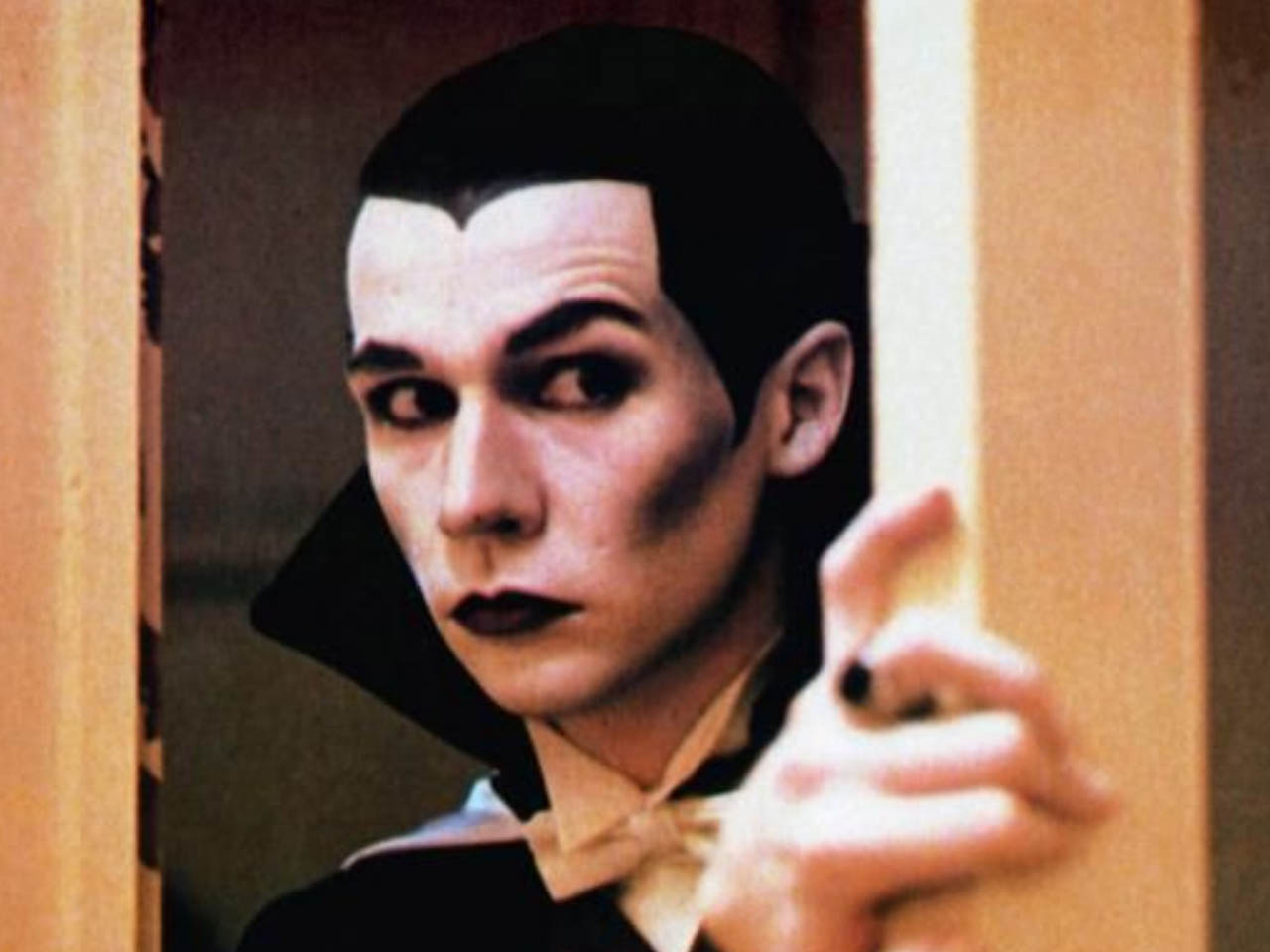 Fade to Black filled me with a bit of dread before watching it as it looked insanely cheesy. Instead what I found was a rather entertaining dive into a character suffering a psychological break and diving further into his psychosis through the medium of film. With a healthy dose of humor sprinkled throughout – but never to a distracting degree – you get a film that fires competently on multiple cylinders.

Eric Binford (Dennis Christopher) gets to his breaking point when he is accidentally stood up for a date by Marilyn (Linda Kerridge) and decides to finally take down everyone that has wronged him from his aunt/mother to his workplace bullies. Along the way he adopts a different persona from a favorite film to be the killer from Dracula to Hopalong Cassidy.

The one place this falls down, and it’s a shortfall, is the early 1980s trope I’m discovering of “The cop has to very quickly get a woman he has come into contact with into bed.” For some unknown reason the film feels the need to get the cop-adjacent Dr. Jerry Moriarty (Tim Thomerson) into bed with Officer Anne Oshenbull (Gwynne Gilford) for no good reason. it does nothing to forward the plot, but hey, it happens. We saw this similar incident in The Exterminator a few weeks back, and I just have no clue why it’s a thing.

Overall, Fade to Black is a quirky little film that won’t be for everyone, and that’s to be expected. I found it an enjoyable little slice of the early 1980s, and a bit ahead of its time in tone. It’s a fun watch.